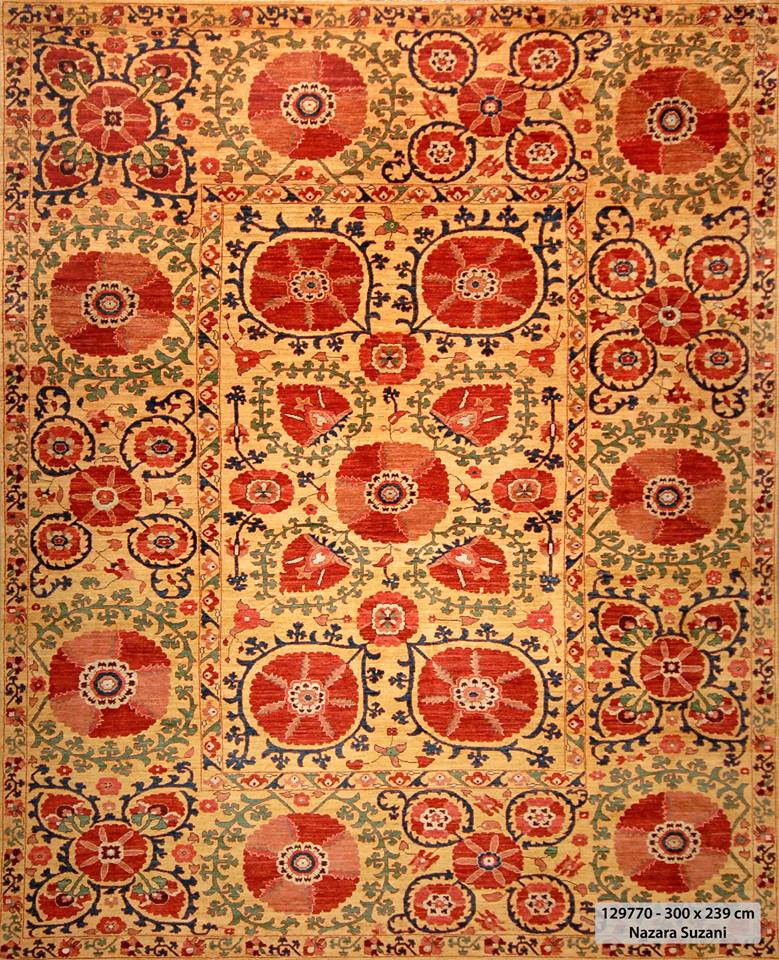 SUZANI, one of the most beautiful contemporary productions that has turned the motifs used in the fabrics in carpets.

The success of this production is evidenced by this example, produced with exclusively natural colors and first-class wool, hand-spun, with natural silk inserts.

The designs of this limited production are inspired by ancient Suzani uzbeki fabrics, originally made of silk and cotton.
Among the many weaves produced there are also Suzani.

These “drapes” are composed of different bands in cotton or linen, about thirty centimeters wide, embroidered with silk threads. Suzani was part of the dowry that the future bride had to possess, therefore, was created with great care and attention; the young girl was helped and advised by her mother and other older women in the family.

Since the tent offered little space, the weaver was forced to work on narrow bands of fabric, the drawing was previously drawn in pencil on the white fabric, then patiently covered with silk threads, carefully dyed with colors ranging from pink, purple, green and blue, in their most varied shades. Only once all the Suzani bands have been completed can we proceed with their assembly, in fact we often notice that the designs of two different bands do not fit perfectly.

All these symbols have very ancient origins, even dating back to prehistory.

Uzbeks, like most people who lead a life strictly linked and influenced by the climatic events and daily pitfalls that a rural life brings, have developed shamanistic beliefs.